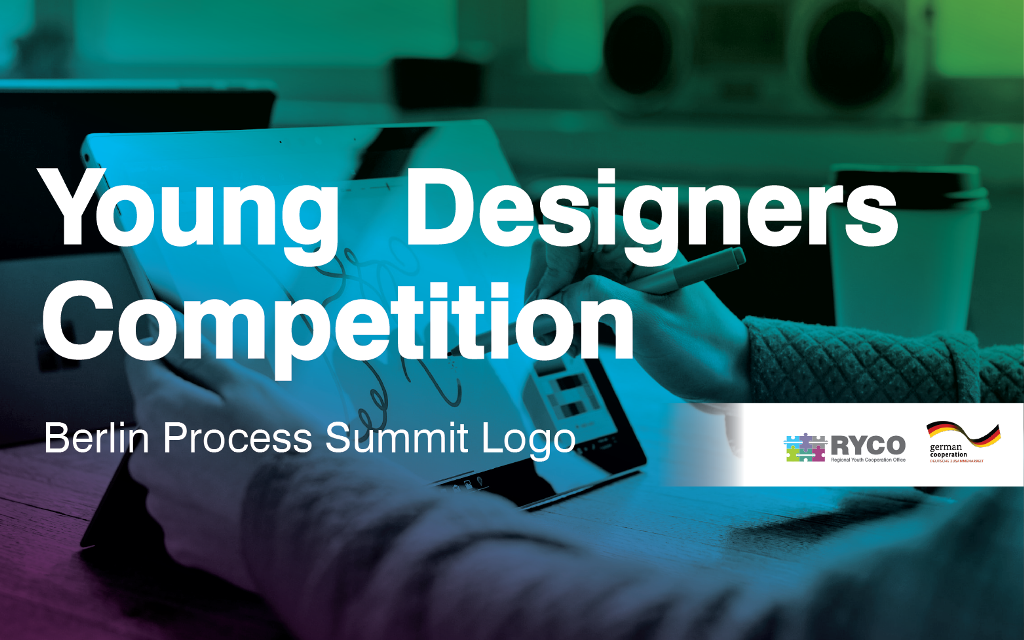 WESTERN BALKANS – The Regional Youth Cooperation Office, in partnership with the German Federal Government, organizes an open call for the design of the 2021 Berlin Process Summit visual identity. The call is open for young people (from 18 to 30 years old) coming from the Western Balkans (Albania, Bosnia and Herzegovina, Kosovo*, Montenegro, North Macedonia, Serbia).

One of the most tangible results of the Berlin Process is the establishment of the Regional Youth Cooperation Office (RYCO). The Agreement on the Establishment of RYCO was signed by the six Western Balkan prime ministers during the Paris Summit on 4 July 2016.

To be eligible to take part in the Competition, the competitor must:

The organizers will award the authors of the three best entries:

Each participant may submit a maximum of three competition works. Each of the works should be submitted separately. The submission is only possible via email.

Get all of the information by clicking on this link