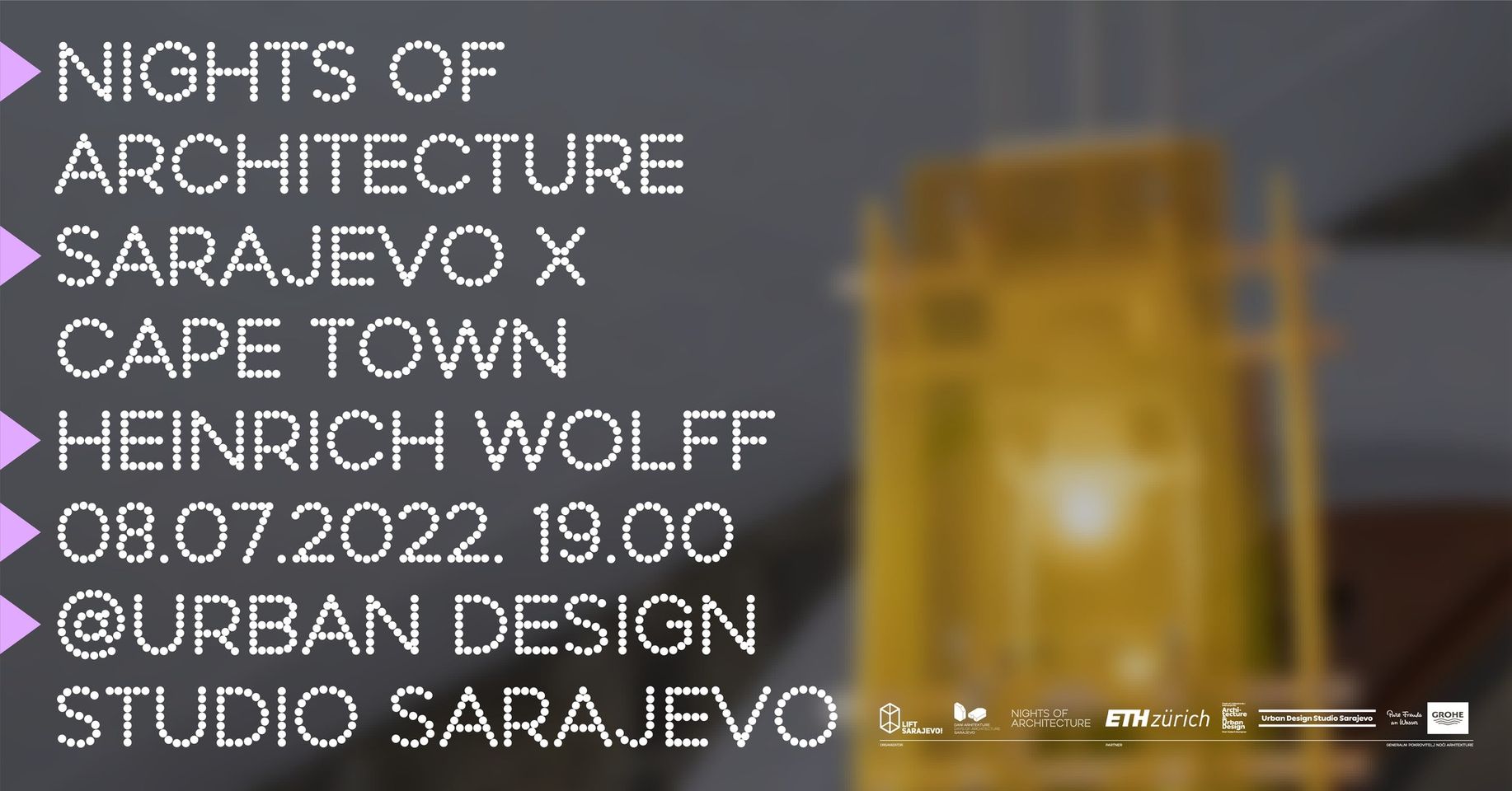 Nights of architecture: Sarajevo x Cape Town with @heinrichwolff | Heinrich Wolff is an architect and project manager with over 20 years experience. His work has received many awards including the Daimler Chrysler Award for Architecture (2007), the Lubetkin Award (2005) and in 2011 he was elected as the Designer of the Future by the Wouter Mikmak Foundation. He has held several academic appointments; he has been a visiting professor at the ETH in Zürich (2014-2015), IUAV in Venice(2013), Washington University in St. Louis (2015) and has been an adjunct associate professor at UCT, Cape Town. Wolff is a design studio concerned with developing an architectural practice of consequence through the mediums of design, advocacy, research and documentation. The Wolff team is led by Ilze & Heinrich Wolff who work collaboratively with a group of highly skilled, committed and engaged architects, creative practitioners and administrators. More info: www.wolffarchitects.co.za