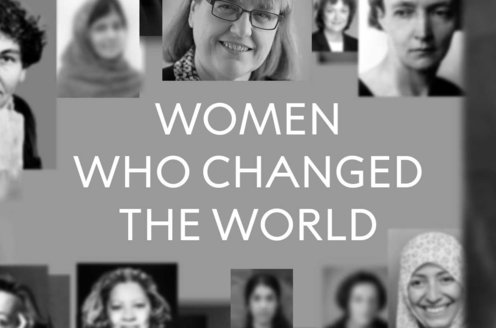 History has shown that civil resistance is most successful when women are engaged, peace processes are more likely to last when women are involved, and a country’s propensity for conflict is lower with higher levels of gender equality. The Women Building Peace Award represents the Institute’s commitment to highlighting the vital role of individual women who are working every day in fragile or conflict-affected countries or regions in the pursuit of peace. The award will honor a woman peacebuilder whose substantial and practical contribution to peace is an inspiration and guiding light for future women peacebuilders.

The awardee will receive $10,000, to be used at the recipient’s discretion, and be recognized at a ceremony in October 2020 at the U.S. Institute of Peace (USIP) in Washington, D.C. Because this award aims to celebrate the often invisible yet essential role that women play in peacebuilding, USIP strongly encourages nominations of individual women who have not been previously recognized for their work in peacebuilding.

On November 20, 2019, the nomination process for the Women Building Peace Award has officially begun. All completed nomination applications must be received by 2:00pm EST on January 15, 2020.