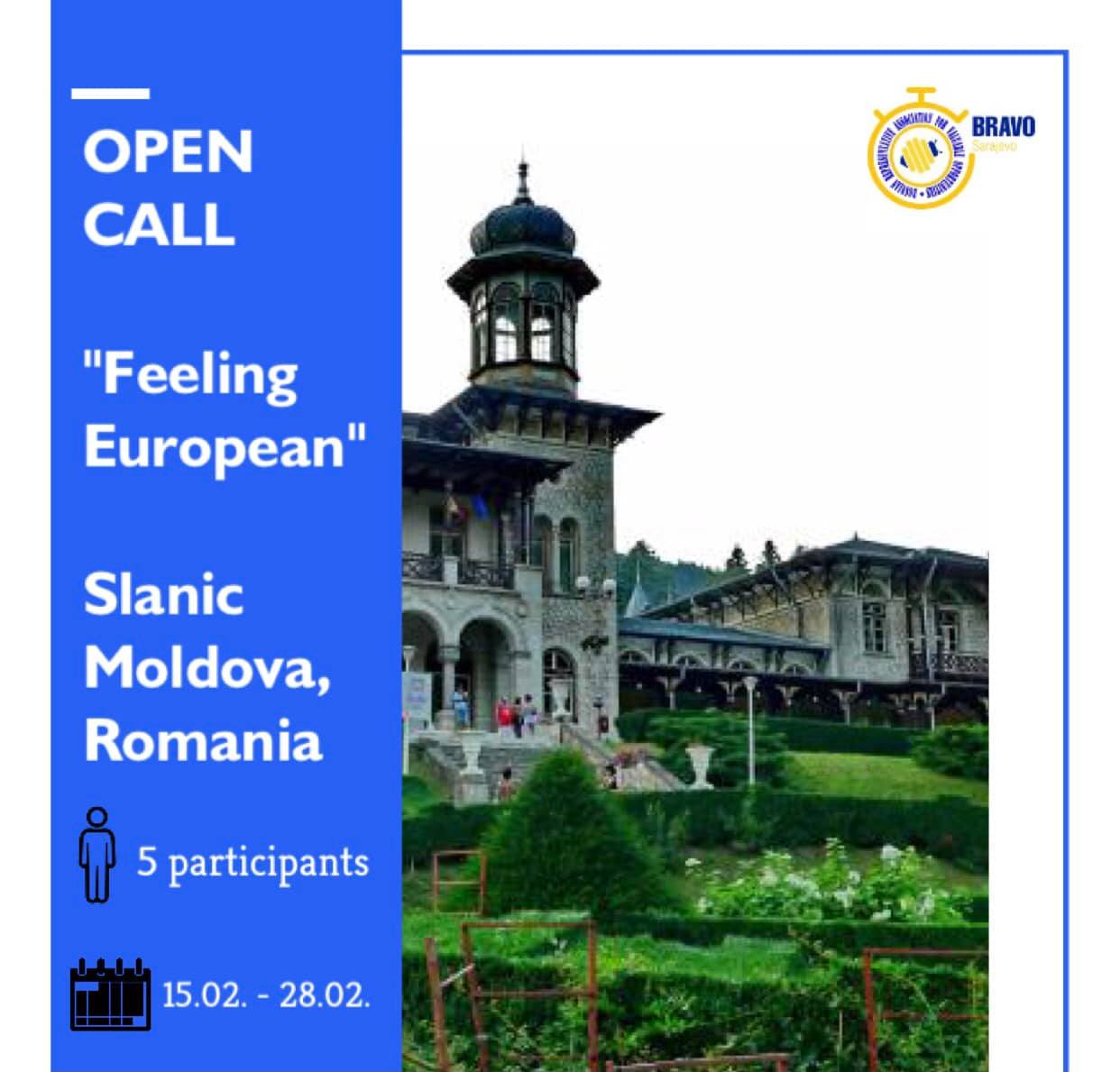 we are already starting

If you are ready to increase

in the European Union

both, among the young people

and outside the EU

, then this is your #NewYear

people who are fully vaccinated

to attend #YouthExchange “Feeling European” which will take place

, due to the impossibility of publishing announcements on the web

due to its reconstruction

more about the project below

and apply to the following link

CONTENT of #YouthExchange:
In the first part of the youth exchange, the participants will participate in creative sessions carefully planned to develop the European awareness of the young participants, as well as their democratic competences and their knowledge regarding the functioning mechanisms of the EU. During the sessions, the participants will address important issues regarding the European Union, understand the importance of the active participation of young people and why assuming European values can contribute to the development of local communities. The participants will discuss the dangers and threats the European Union is facing, both online and offline, will discuss Brexit and how online misinformation is a threat to the EU. At the same time, they will understand the reasons behind youth participation, and through a Street Debate activity they will collect the vision of the young people from Onesti regarding the future of the European Union.
In the second part, participants will learn how to plan campaigns, develop media and social media content, and will elaborate the main results of the project: a visual guide consisting of 10 video lessons and 5 brochures for the correct information of young people on the functioning mechanisms of the EU, European citizenship, European principles and values. Last but not least, on the second last day, the participants will do an intercultural visit, followed by a final day for conclusions, follow-up and the final evaluation of the exchange.

INTERCULTURAL EVENINGS: The intercultural dimension of any international project it is very important, as it is a great opportunity for the participants to present their country, national food and drinks, traditional songs, dances, but also the people’s lifestyle, way to communicate and so on. Thus, in 3 evening, between 21:00 and 22:30 we will organize intercultural evenings. In each evening, 3 national groups will be responsible to present their country.