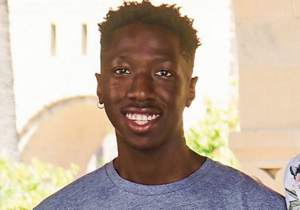 Four years ago, at 16, Femi Adebogun was building his first startup. He hired five remote employees — and because he wasn’t sure how they’d react to working for a teenager, he just decided to omit that piece of information. “I was really good at hiding my age,” he says. But the ruse was up a little while later, when his company won an award and he flew his entire team out for the ceremony. “That’s when my employees found out I was underage.”

Today, Adebogun is no longer bashful about his age — or his success. He’s on to his third company, ScholarMe, a platform that lets kids apply for all sources of college financing through one online set of questions. “People are so confused about how to pay for college, and there are 400 students assigned to every one guidance counselor at most schools,” he says. “We tell them how to do it, step by step.”

Since launching in 2018, ScholarMe has racked up more than 40,000 users, just less than $1 million in funding, and an $8 million valuation. Adebogun and his two cofounders, Caleb Cross and Evan Farrell — all of whom, ironically, are college dropouts — are currently in the Y Combinator accelerator in San Francisco, where they’re eager to absorb some much-needed expertise. “There’s so much we don’t know,” he says. “YC is helping us become better leaders, builders, and salesmen.”

Part of that is figuring out how to monetize ScholarMe. “We do not want to harvest student data,” he says. “We’re building trust with our users, and we’re focused on creating long-term relationships. We’ve tested different ideas, like a ScholarMe debit card, and people are into it. We don’t want to help them just pay for college but also find financial health while they’re there.”