When you woke up this morning, what did you do first? Did you hop in the shower, check your email or grab a doughnut from the kitchen counter? Did you brush your teeth before or after you toweled off? Which route did you drive to work? 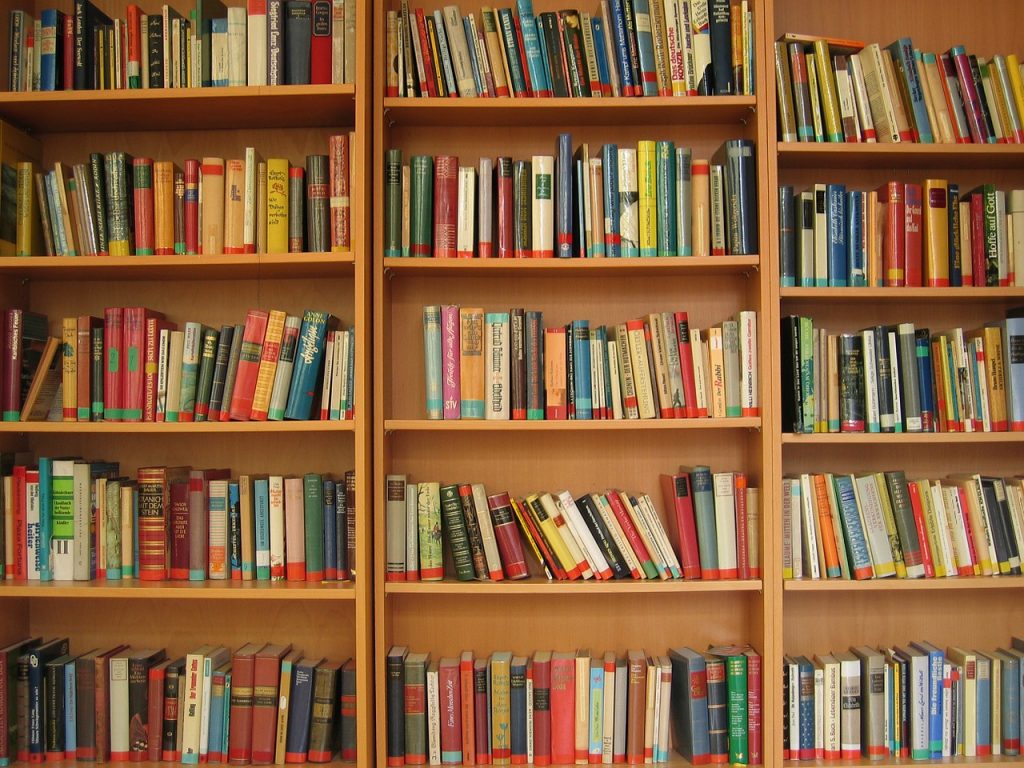 When you got home, did you put on your sneakers and go for a run, or pour yourself a drink and eat dinner in front of the TV?

In 1892, the famous psychologist, William James wrote, “All our life, so far as it has definite form, is but a mass of habits,” — I absolutely love that because it’s absolutely true: most of the choices we make each day may feel like the products of well-considered decision making, but they’re not. They’re habits.

And though each habit means relatively little on its own, over time, the meals we order, whether we save or spend, how often we exercise, and the way we organize our thoughts and work routines have enormous impacts on our health, productivity, financial security and happiness. One paper published by a Duke University researcher in 2006 found that more than 40 percent of the actions people performed each day weren’t actual decisions, but habits.

Habits, by definition, are choices that we all make deliberately at some point—and then stop thinking about but continue doing, often every day. At one point, we all consciously decided how much to eat and what to focus on when we got to the office, how often to have a drink or when to go for a jog. But then we stopped making a choice, and the behavior became automatic. It’s a natural consequence of our neurology. And by understanding how it happens, you can rebuild those patterns in whichever way you choose.

Which brings us to this list of books on how to build better habits. Each of these books are powerful tomes in and of themselves when it comes to the challenge of building habits that stick; but together they become a comprehensive collection of resources on how to create and sustain the habits you need to succeed, both personally and professionally.

Let’s dive in, shall we?

1. The Power of Habit by Charles Duhigg

The interesting thing about habits is that once we develop them, they go totally unnoticed in our day-to-day activities. For example: you probably don’t think about how many simultaneous actions go into reversing your car out of the garage and into the street safely and smoothly. You just do it. That’s a habit. However, so is smoking. The Power of Habit teaches you how to be deliberate about building better habits that serve you both in life and in business. 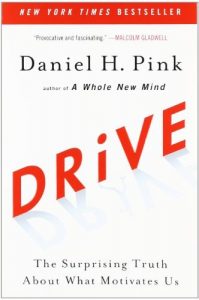 This book will equip you with everything you need to know about developing the habit of self-motivation. In other words, this book will teach you some of the most powerful leadership lessons you’ll ever learn. Author Daniel Pink debunks some of the biggest myths about what really motivates us at work; breaking down the characteristics of extrinsic and intrinsic motivation — and how far too many organizations rely on extrinsic motivators, even though they’re counterproductive. Instead, Pink explains how we can best motivate ourselves and others by understanding how to utilize intrinsic motivators. Bottom line? You can’t lead a successful life unless you’ve developed a habit of motivating yourself on a consistent basis, and Drive is a cornerstone book on how to figure that out. 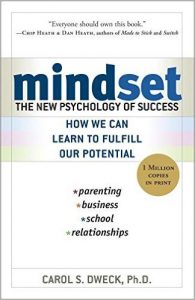 Mindset discusses the differences between people with a “fixed” mindset versus those with a “growth” mindset. Our mindset determines the way we deal with tough situations and setbacks as well as our willingness to deal with and improve ourselves. This book demonstrates how we can achieve our goals by changing our mindset, and then developing the success habits to help us nurture that psychological switch over the long-run. A very powerful book on personal transformation that’s also backed by sound scientific research to boot.

4. The ONE Thing by Gary Keller, Jay Papasan 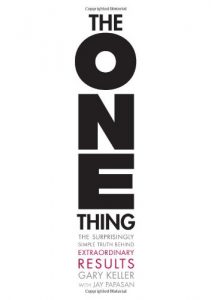 I recently had an opportunity to interview the co-author of this book, and he told me that one of the biggest reasons why most people fail at keeping their New Year’s Resolutions is because they set way too many of them to begin with. The key to sustainable success is actually simple: focus on ONE thing and see it through for long enough that you achieve your goals. That’s it. Success is sequential, not simultaneous. And this book breaks down the mechanics of that process. 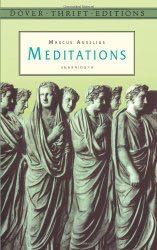 This book was written over 1800 years ago. Guess what? The powerful principles written way back then remain just as applicable today, as they did back in the 2nd century. Just read this quote and you’ll understand what I mean: “For how could we do what justice requires if we are distracted by things that don’t matter, if we are naive, gullible, inconstant?” He’s got to be referring to our texting and driving habits, right? The Stoics were known for their disciplined pursuit of excellence, especially when it comes to maintaining emotional stability — which they kept regardless of how stressful a situation they might’ve been dealing with at any given moment… This type of emotional stability wasn’t built over night. It was built by way of habit. Wanna learn about adding some Stoic flare to your own habits? Pick up a copy of Meditations. 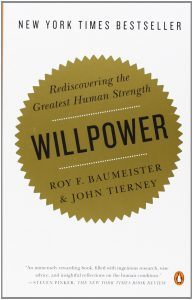 This book aims to re-ignite a conversation that people have been ignoring for decades: what’s the role of willpower in helping us achieve our goals? The answers will surprise you. They’ll also provide you with actionable ways to reshape your lifestyle habits in a way that allows you to find and ignite that charge within yourself to help you achieve lasting change, progress, and ultimately — success. Decades of scientific research tells us that the key to forming and sustaining habits is self-control (aka: willpower). And if you want to build up your own willpower muscles, then this is the book you need to read. 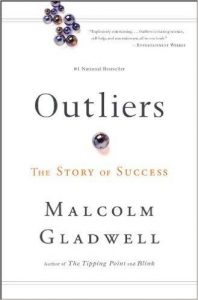 This is a book about success and how there’s a lot more to it than being smart and working hard. Maybe you’ve heard of Gladwell’s famous 10,000 hour rule and how it relates to success – but even then – there’s still so much more to learn about how successful people became so successful in the first place. Outliers is a must-read title if you’re looking to expand your mind about the subtleties and nuances that contributed to the success of icons like Bill Gates and Steve Jobs.

8. The 7 Habits of Highly Effective People by Stephen Covey 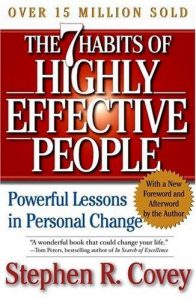 You’ve surely heard of this classic. In the book, Stephen Covey says,“People can’t live with change if there’s not a changeless core inside them. The key to the ability to change is a changeless sense of who you are, what you are about and what you value. Do you have your changeless core in check? I know it took a lot of inner work before I felt like I did. And one key component of developing that powerful inner core is by developing powerful habits that are based on principles. Why? Because principles don’t change. They’re timeless. Each of the habits laid out in this book are based upon principles, and are designed to act as individual prescriptions for effectiveness in every arena of your life. 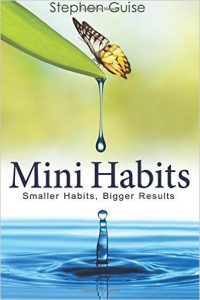 Mini Habits is all about how taking small steps daily can lead to massive changes over time. IF you’ve been struggling to lose the fat and achieve your health & fitness goals… IF you’ve been looking to attain new skills or build powerful habits that stick… IF you’ve been hoping to make massive changes in life—but just can’t seem to make it happen… Then this book is going to break down the big ideas you need to know in order to bust through those sticking points and build the habits you need to succeed.

10. The Effective Executive by Peter Drucker 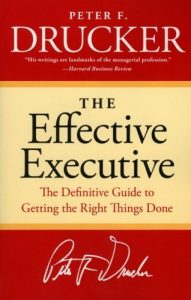 In this book, author Peter Drucker tells us that “effectiveness must be learned.” What’s that mean? It means that being effective is a habit. But so is being ineffective. Often times, people think they’re being effective when what they’re really being is efficient. But there’s a difference. Being efficient means to be doing things right. Being effective means to be doing the right things. This book teaches you how to develop the habit of doing the latter so that you can achieve success in life and/or business as quickly and effectively as possible. 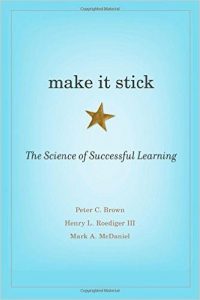 We are now living in the age of the buzz, the bing, and the flash… The age of distractions and constant notifications about the things that don’t matter. And to make matters worse, we’ve got more information flowing into our purview than we ever have before. In order to make sense of all this “stuff” and focus on our most meaningful objectives in life, we’ve gotta develop the habit of learning how to learn. In other words, in order to succeed in the modern world, we need to develop the skill of grasping and retaining important concepts quickly. That’s what Make It Stick helps us do.

Which book will you read first?